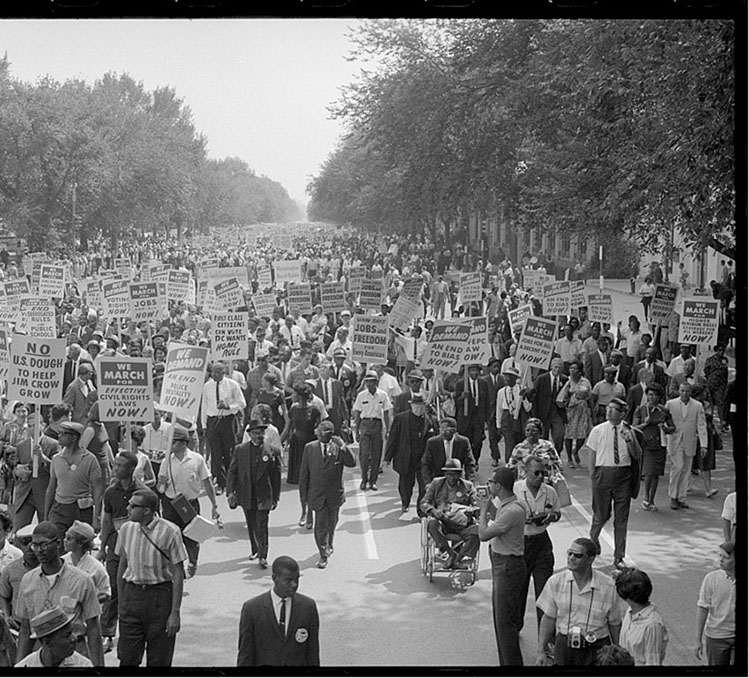 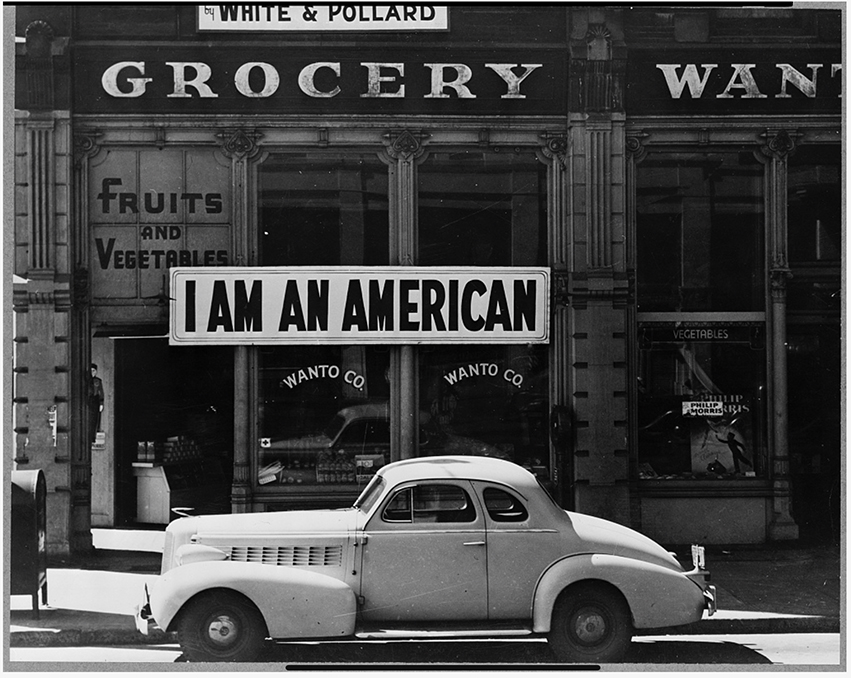 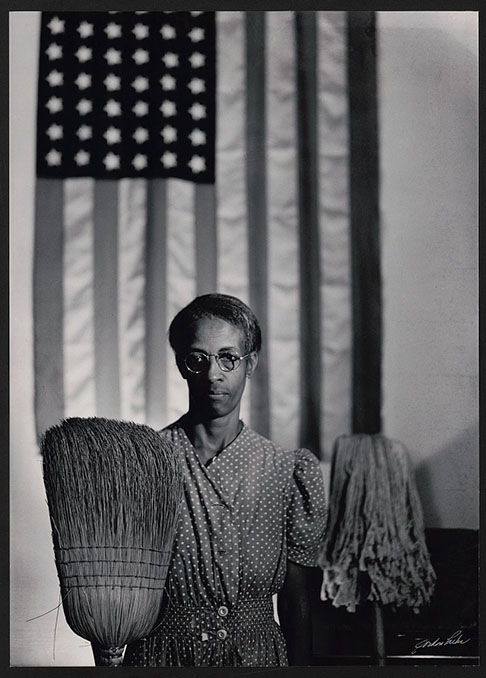 A fundamental principle of democracy is the active participation of people in civic life. The Democratic Lens will portray photography's role in propelling civic actions by sharing images and stories about mobilized communities who actively work together towards a more just and democratic society. This discourse will address the historical and contemporary relationship between photography and civic engagement in the U.S. through pivotal moments in history like the Civil War, Civil Rights Movement, 9/11 and rural poverty during the Great Depression that helped to shape America’s cultural landscape. 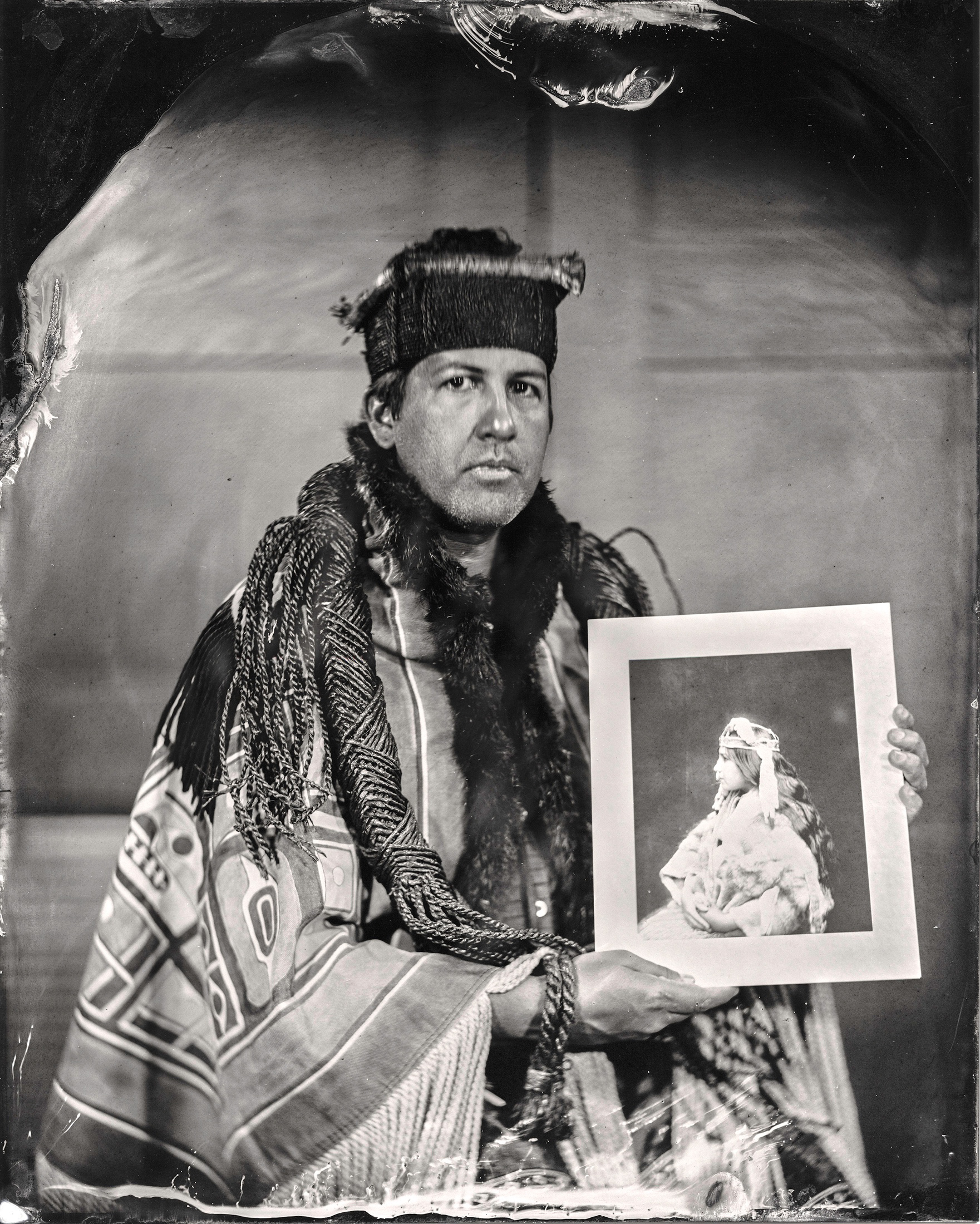 Andy Everson, citizen of the K’Omoks Nation, holds an image of his grandmother who played Princess Naida in Edward S. Curtis’s film, “In the Land of the Headhunters.” CIPX Seattle Art Museum, 2016 from the series Critical Indigenous Photographic Exchange (CIPX)
© Will Wilson

Oakland, Calif., Mar. 1942. A large sign reading "I am an American" placed in the window of a store, at [401 - 403 Eighth] and Franklin streets, on December 8, the day after Pearl Harbor. The store was closed following orders to persons of Japanese descent to evacuate from certain West Coast areas. The owner, a University of California graduate, will be housed with hundreds of evacuees in War Relocation Authority centers for the duration of the war
© Dorothea Lange, retrieved from the Library of Congress

A Project
Funded By